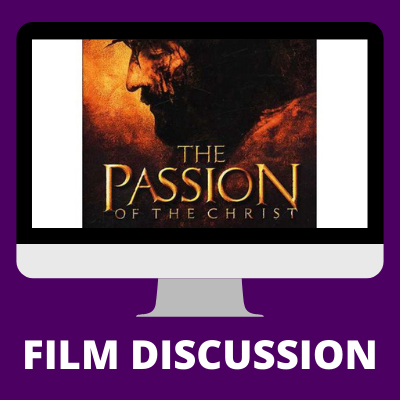 As our midweek Lenten devotion for this year, we will be viewing Mel Gibson’s 2004 film, “The Passion of the Christ” in four installments on Wednesdays March 3, 10, 17 & 24. With each evening beginning at 7pm, we will watch a portion of the movie on the screens in the sanctuary and then have time to discuss that evening’s portion. Please join us as we use this depiction of the passion narrative as part of our Lenten journey toward Easter.

“The Passion of the Christ” was produced, co-written, and directed by Mel Gibson, and was first released in February 2004. It focuses primarily on the final twelve hours of Jesus’ life, with the story beginning in the Garden of Gethsemane, continuing through Christ’s crucifixion, and ending with a brief depiction of the resurrection. The dialogue of the film is entirely in Hebrew, Latin, and reconstructed Aramaic with English subtitles. The film won a People’s Choice Award for “Favorite Motion Picture Drama” and was nominated for Academy Awards for Best Cinematography, Best Makeup, and Best Original Score, among other various awards and nominations.

Get Updates And Stay Connected -Subscribe To Our Newsletter